Classic glass paperweights were originally popular between 1845 and 1860 in central France. The French glass factories of Baccarat, Saint-Louis and Clichy produced approximately 25,000 weights during this time, but they quickly lost popularity as handwriting letters became more and more of a novelty.  The first-ever World’s Fair in 1851 London showcased glass paperweights; the exhibit drew crowds so large that the fair eventually had to ration viewing time. 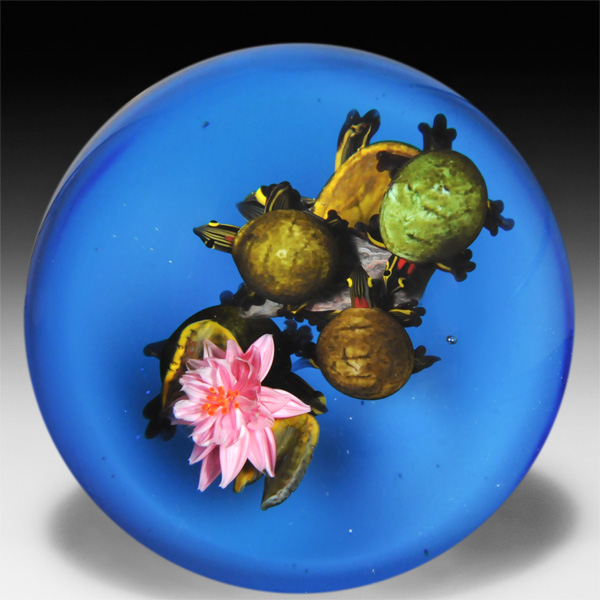 Most of the floral paperweights from the mid-20th century featured unrealistic cartoonish flowers. Eventually, Paul Stankard, considered the father of the modern glass paperweight, emerged with his former assistant, Jim D’Onofrio, to create exceptional floral glass paperweights so realistic that the public often believed that they had actually encased live flowers within the orbs.

Midwestern real estate mogul, Arthur Rubloff, called “the man who changed the face of Chicago,” may very well be considered the most famous collector of paperweights. Rubloff’s collection is considered the finest in the world and can be seen at The Art Institute of Chicago. Today, some of the most sought-after paperweights sell at prices above $300,000.